You are here: Home1 / EuropeExpo21

Thank you for visiting our booth in Barcelona.

Please contact us! We are looking forward to meeting you. 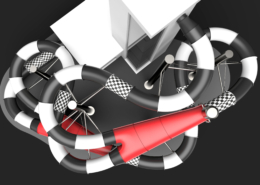 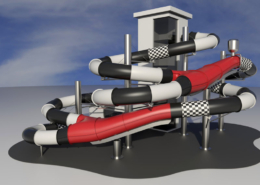 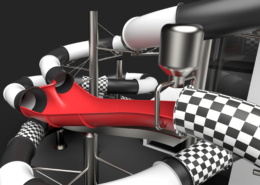 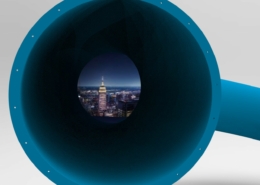 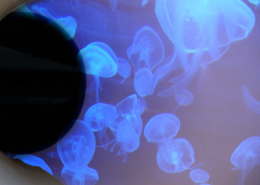 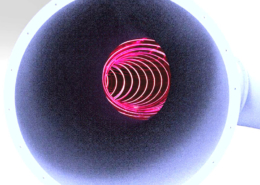 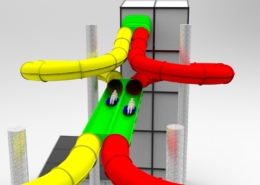 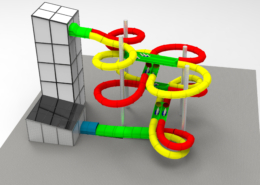 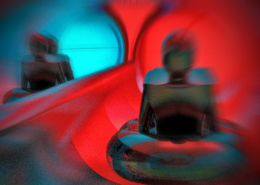 AquaSwitch is a new type of slide with two switch elements.

Starting from the first switch element, there are two different slide paths, which are brought together again in a second switch element.

The slide path in the first switch element can be influenced from the outside.

A water tank at the high point can selectively drain water to make it more difficult to reach the high point. This can be done automatically or the spectators can trigger a water surge.

The special feature is that the sliding direction of the backward slider is changed again, so that the sliders reach the landing forward in any case. 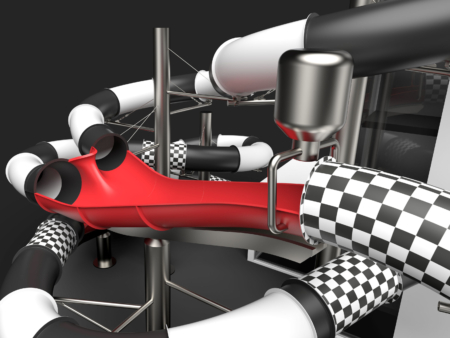 The slide was designed and constructed by a student as part of a bachelor’s thesis.

The idea is patent pending.  Earlier patents and concepts with similar constructions have been applied for or also realized. The concept of the AquaSwitch differs from all previous publications in that it always ensures that the sliders arrive forward in the landing pool.

With the idea to influence the slide path in the first switch element by a water surge, a second patent was applied for.

The Rafting²Racer is a two-lane competition slide for sliding tires. It consists of one-lane and two-lane tube segments, which are arranged alternately.

In the two-lane sections, users slide together and can see each other.

In the two-way feature, the two boats slide toward and past each other.

In the changing lanes feature, the sides are changed. The slide tire of the right lane arrives in the left lane and vice versa. Both curved tracks are exactly the same length. 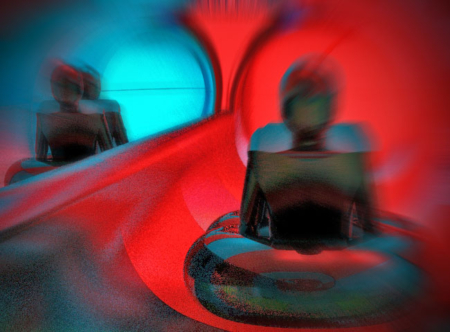 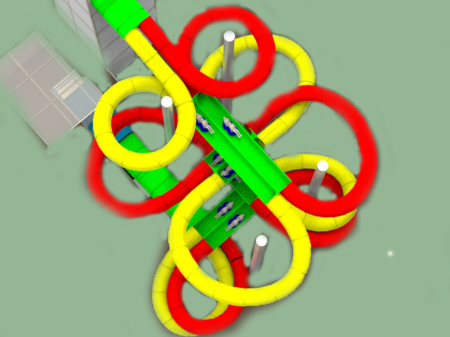 IllusionSlide is a novel effect for tube slides.

Images are created on the slide surface to simulate a scenario or a different slide course.

Images or even videos can be projected.  Further additions or attachments to the slide are not necessary.

Here the RunningLight effect is displayed as a running light.

A RunningLight effect is displayed here, which gives the impression that a left turn is following. In fact, however, the slide runs to the right. 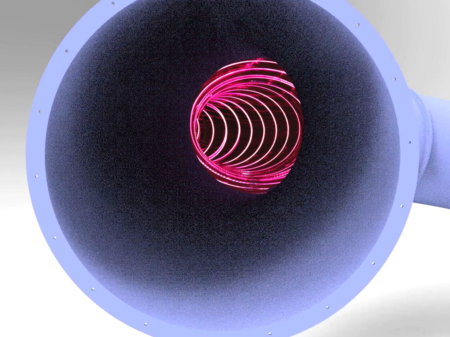